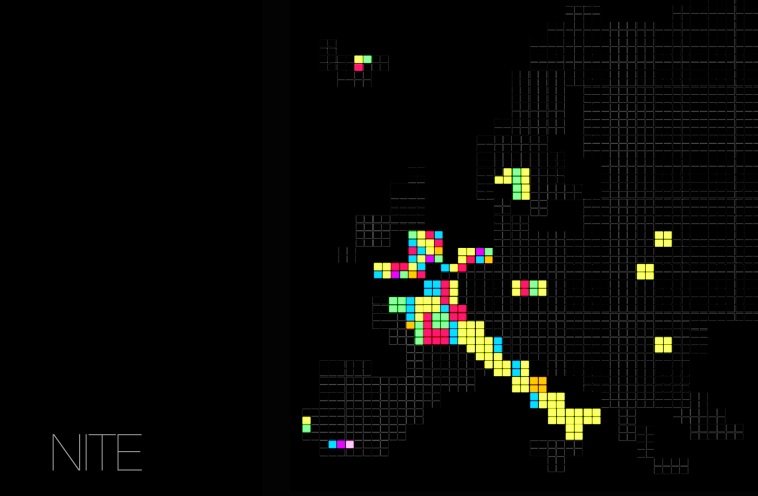 Life and identity of the cities all over the world are shaped by light in different ways. As a consequence cities are lived and experienced by people in different ways because the nocturnal lit cityscape affect people’s  behaviours, feelings, thoughts, attitudes. Today, the night in the public realm of the city, has been deeply contaminated by functional and uniform lighting systems transforming the cities in highly bright environment for safety reasons but disabling the darkness perception. The superimposed light poles, while striving to obtain energy-efficient lighting, afflict people, animals and plants with light pollution. The general increase of light, actually, has not provided better places to live in.  Conversely, light has a cognitive, aesthetic and symbolic role and citizens ask for more various lighting systems in order to increase the experience of the public urban space. If we just observe the urban lit environment, we understand that this lighting richness is already present in several micro examples that are more appreciated by people (some cases, just to cite it, are coloured reflections of lights or wet urban pavements, flicking billboards and old neon signs, illumination of trees and pinpointed kind of lighting). This research claims at investigating what kind of lighting performances do meet people’s preference and interest and what kind of feelings these elicit. What is the relationship between the perceived attributes of lighting and emotional appraisals, which variables of lighting are salient to people for liking or disliking a lit urban scene

The research is based on user-generated content on the web. The inquiry is based on collected and selected lighting stimuli that are firstly pictured, posted, liked and commented by people in order to grasp the diverse experiences of urban lighting scenes throughout European countries, cities, towns, villages, pedestrian streets. It is mainly a netnography study focused on  lighting pictures (stimuli) in order to understand meaningful perceptions and imagery of the users about the lit cities. Lighting stimuli were derived from the most used web photo sharing databases (such as Flickr, Panoramio, Picasa) and were selected inside several thematic groups (such as Night Images Group, Urban Night Shots, etc). More than this, they were selected by setting several features (no long exposure scenes, no trails and blurred lighting, no bird’s eye views, no crepuscular images).

The most clicked, viewed, liked, cited and commented European night scenes respondent to the previous features were chosen in order to understand similarities and indicators of  preference and interest about lighting features. The additional comments were included because they provide more qualitative information about the individual judgements, understanding, biases and experience of examples of lit cities. The general aim was to review the present state of urban lighting, exploring what lit scenes people are recording with their cameras and, once published, what king of lighting features are the most viewed, liked  and commented.

Urban lighting analysis should be focused more on qualitative aspects in order to satisfy the perception of the city at night: this research explore what lighting features in actual use are preferred by people instead of relying on theories and normative.  In fact, although there existed many codes, design guidelines and measurable indices to describe quality of the luminous environment, no research had deeply addressed the impact of lighting on human psychology and the basic mechanics of visual perception. The results are represented with visual tools in a European map  that show trends of similar attitude, perceptions and preference about lighting features. The achievements can be transferred into lighting design insights and inputs  in order to support the design process for the creation of better lit cities. The research show that, urban lighting has a growing potential of changing the human experience of the urban nightscape by reflecting more on the relationship between people-light-city.

More in general, the results showed that complexity is more appreciated than uniformity of singular lamppost. Kaplan and Kaplan proposed that perception involved 4 main concept of coherence, complexity, legibility and mystery, relating to human’s constant need to extract information from his surroundings, so the ability of one to obtain information was related to one’s preference for this space. The concept of visual depth is related to the form of mystery: night environment has to provide exploration, stimulate the senses, while providing sufficient information to allow evaluative images. (J. L. Nasar) Moreover, results showed that perception is affected by cultural judgements and biases: different countries shows different attitudes toward artificial lighting their cities. Moreover, different countries shows specific environmental and architectural spaces that require and show specific solutions and preferences of lighting scenarios.