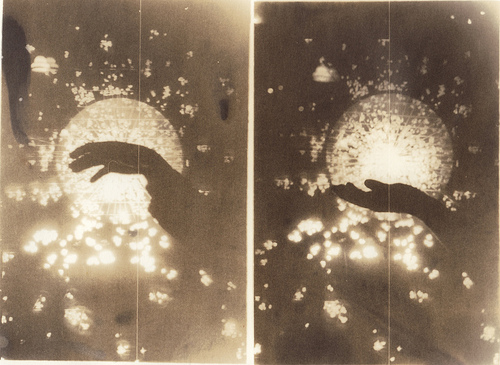 Lighting the city means really to create lighting for people considering the space and what happens in the space not only in terms of activities during the time (always changing in function of specific uses and patterns of use of the space) but also in terms of climate conditions (outdoor spaces are really interested and not afflicted but lead by weather condition and also by the materials that are in the space.

Cities and portion of the urban spaces are places that can be thought as interiors, where specific performance happens, where people meet, sometimes interact, cross each other in a special kind of room make of furniture and surface materials. These are supports, special blackboards or whiteboards that can interact, in a passive way, with light, creating special atmospheres, signs and inviting for a longer stay in a more aesthetically and comfortable environment. This means that, normal traditional and anonymous materials, such as concrete, can be shaped in a different way, to create a self autonomous luminous urban rooms where floors and walls are conceived as passive diffuser of light and designed shadows. This particularly simple design have the power to overvaluing the outdoor spaces through the meaningful use of materials and sometimes with the introduction of lighting technologies. In the following lines, some interesting examples about this material scenario.

For hundreds of years designers have been fascinated by cast shadows and perspective, the two shaping factors of spatial representation. Today the direct control of production machinery by means of digital design tools imparts an entirely new complexity to ‘optical reliefs’, which not only enable any image to be created as a cast shadow, but also make it possible to represent a multiplicity of images in one relief surface. Another new factor is the potential for industrial production, which opens up fully new possibilities for architecture in particular. Below we present three recent examples of shadow research. Cast shadow reliefs are a new technique for uniting and depicting one or more images in one physical object. For this purpose a motif is converted into a quantity of pixels and transformed into the black and white format. A third dimension is now added to this grid of pixels and a relief is created. The greyscale of the black and white pixels in the image receives the specific geometry of the relief pixels.

Stylcomp represented Graphic Concrete™ from Finland, a company which produces textured concrete façade panels, employing a patented process. Using a surface retarder, which is applied using a stencil, a layer of concrete can be built up in specific places, on which the grain of the concrete becomes visible. The structural differences of the surface create the pattern.

Another case is an optical relief with pictorial information which becomes visible when the light falls on it. The idea is made of several peg reliefs on a relative scale that can also be used on facades. In the facade studies which are shown below polyurethane moulds are used for the concrete. The difference in the height and positioning angle of the pegs towards the left, right, upwards and downwards creates changing shadow images as the angle of the sunlight changes in the course of the day. In the picture, a mock-up of a facade study by atelier ww. A relief on the exposed concrete is created by the use of a polyurethane mould which is produced using CNC technology and can be re-used up to one hundred times.

Reliefs which store a multiplicity of pictorial information are more complex. The information is revealed when the angle of the light shining on the surface changes. The Zurich-based artists Drzach & Suchy claim to have developed these ‘shadow casting panels’, in other words reliefs which contain different encoded images, and have registered a patent on their invention. The relevant creative process is documented in detail on their website http://www.drzachsuchy.ch using illustrations and videos, making the principle easy to understand. In the case of 2 images superimposed on each other and consisting only of black and white dots, without greyscale, a simple matrix can be created. There are 4 ways of combining the black and white pixels: black – black, white -black, black – white und white – white. Accordingly there are four different geometries for the pixels on the relief. If three motifs are encoded in a shadow casting panel, eight different geometries become necessary. Picture puzzles were used by artists as early as the middle ages, in order for example to convey a hidden message which is only revealed to the observer from a specific perspective – in other words the observer’s position determines the nature of the perception.  Drzach & Suchy’s artistic work is based on a further fundamental observation, which is independent of the point of vision of the observer: the shadow which is cast by a physical object is dependent on the intensity and location of the light source and the shape of the object. In the picture, a shadow casting panel by Drzach & Suchy: depending on the incidence of light we see either Le Corbusier or Mies van der Rohe.

It is a form of concrete with integrated light-conducting fibres. LUCEM is a translucent concrete stone material. It consists of fine grained marble in a cement based matrix. Millions of embedded optical fibres transmit the incident light through the material. Artificial light sources as well as natural sunlight can be used to illuminate LUCEM. Persons or objects between the light source and the translucent concrete appear as shadows which are more or less sharp, depending on the distance. Coloured light of artificial light sources or the red of the setting sun: The high-value optical fibres of LUCEM light transmitting concrete transmit the light without any loss of quality through the building element.

The most common application for LUCEM®LICHTBETON is in the form of panels for the cladding of facades, facade sections or interior walls, as well as flooring panels. LUCEM®LICHTBETON is weather and UV resistant and is available in grey, white and black. A new development is represented by LUCEM®LICHTBETON washstands made of durable concrete and vertically integrated light-conducting fibres. The invisibly integrated waterproof LED equipment enables the washstands to light up. The highly luminous and long-lasting LED lighting is available in cold and warm shades of light. The surface of the LUCEM®LICHTBETON washstands has a highly polished finish with natural stone look and is both extremely hard wearing and low maintenance. Dual impregnation also makes it water repellent.

An example of application in the public area, is a public park near the port of Rotterdam that was made more attractive through an optical highlight of “Lucem light concrete”. It is a light concrete slabs in the format 45 x 45 cm and 3 cm thick, mounted in the corners of a concrete wall, which also serve as a bench. The stainless steel cover hides, protected from the weather.

World’s first commercially available transparent concrete Litracon® transparent concrete is a combination of optical fibers and fine concrete. It can be produced as prefabricated building blocks. Due to the small size of the fibers, they blend into concrete becoming a component of the material like small pieces of aggregate. In this manner, the result is not only two materials – glass in concrete – mixed, but a third, new material, which is homogeneous in its inner structure and on its main surfaces as well. Litracon® is a fully handmade product which results an exceptional and individual pattern of light in each piece. The patent protected Litracon® products present the phenomenon of light transmitting concrete in the form of widely applicable new building materials. They have been developed by Hungarian architect Áron Losonczi since 2001.